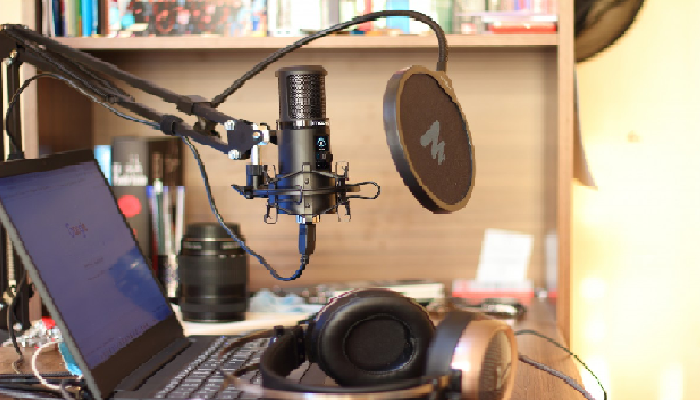 If you’re thinking of becoming a streamer, there’s no better time than today. The streaming platform Twitch has attracted the attention of hundreds of thousands, and is even set to reach a new milestone this year. Indeed, a recent study by StreamElements, in partnership with Arsenal-dot-gg, states that Twitch viewership will grow by 26.2% by the end of 2020. This is the fastest the platform has ever grown since it was launched. Other streaming services like Facebook and YouTube have also shown similar spikes in viewership.

The best thing about streaming is that anybody can start earning from the activity as long as they have a decent number of viewers. And if you want to get viewers, then you need an impressive setup. Fortunately, a great setup doesn’t need to be an expensive one. Here’s all the budget gear you need to start streaming.

If you own a DSLR, then that’s the best camera you can use to stream with. DSLRs have great optical viewfinders, lenses, and customizable aperture settings. However, if you don’t already own a DSLR, you don’t need to buy one to get the quality you want. The Logitech C920 has been the webcam standard for over three years, boasting natural-looking colors and excellent auto white balancing. Its aperture can also be adjusted depending on how bright your room is.

Webcams are a bit overpriced at the moment due to the demand, but C920 was originally available for $50. Fortunately, the demand is slowing down, which means the lowering of the C920’s price. It’s now sitting at $70 (but it’ll very likely drop even further in a couple of months).

You don’t need a DSLR-grade camera to start streaming if you have great lighting. From the shadows they cast on your face to the extra focus they give your camera, lights can make any shot look professional. Fortunately, you can get light kits for under $40 from quality retailers like Emart and Neewer.

Of course, if you want studio-grade equipment, it’s going to cost more… unless you know where to look. The second-hand video equipment on Adorama shows how easy it is to get hold of studio-quality lights without breaking the bank. You can get an entire Video Shoe Mount LED Light Kit for a little under $70, for example, when similar light kits retail at around $200. Alternatively, you can buy a lightbulb and place it behind a softbox to spread the shine. Medium’s list of the best lighting for streaming recommends the HPUSN as it is a little under $50.

The quality of your audio is, arguably, more important than the quality of your video. This is because viewers are more likely to play streams in the background while they do something else. For example, Twitch has a “!lurk” function that allows viewers to stay on stream even though they’re not there to see the video. As such, your mic’s quality has to be phenomenal, so it should at least be a condenser. Condenser mics can pick up delicate sounds, which makes conversational voices sound great.

But to avoid spending a lot, stay away from XLR mics. They may have better sound and optimization features, but they also need a soundboard to function. Instead, hunt for a USB condenser mic within your price range. CBS 19’s post on the best budget mics you can get, recommends the JLab Audio Talk GO, Rode NT USB, and AntLionModMic. The price of these mics ranges between $50 to $150.

It’s no secret that streaming gear is expensive. But with a bit of research, you’d be surprised at the sheer number of alternatives available for every piece of equipment. For more recommendations check out our posts here at The Tech Trending.

ABOUT US
At thetechtrending.com, We offer information Technology other Trending News. It is our simple Try to provide updated information to visitors. All information is based on online sources and no responsibility is taken for the accuracy of this information.
Contact us: [email protected]
FOLLOW US
©